Performing structured exercises before surgery can be beneficial 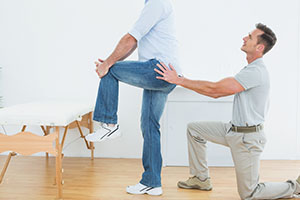 Focused examination of current trials on topic is needed

For patients who need to have surgery of any sort for one reason or another, the period of time afterwards is usually associated with reduced physical abilities and health-related quality of life (HRQoL). One strategy that is used to deal with this is something called prehabilitation, which consists of physical therapy and other conditioning exercises that target specific muscles and bones to help patients during and after surgery. Some reviews of studies have found a benefit of prehabilitation, but they have not been of high quality, and a more focused examination is needed. In response to this, a systematic review and meta-analysis-which review all relevant literature on the topic-was conducted.

The findings of 21 studies are reviewed in detail

In order to find data for the review, six major medical databases were searched for studies on the effects of prehabilitation for patients undergoing any type of surgery. Out of 4,597 studies that were initially listed, 41 were screened for eligibility and 21 of these met the criteria for inclusion. These 21 trials contained data on 1,371 patients, and of them, 17 were randomized-controlled trials, which are considered the most powerful type of individual study. The findings of all of these studies were then reviewed and evaluated in detail in order to draw conclusions on their overall meaning.

Results suggest improvements from prehabilitation, but caution must be used

Overall, most of the trials reviewed in this meta-analysis suggested that prehabilitation led to improvements in physical function, reductions in pain, and the amount of time patients stayed in the hospital after surgery. These results are considered more beneficial when compared with standard care and may lead to significant savings in cost and time for patients who undergo this treatment before surgery. Unfortunately, many of the studies used in the review were not of the utmost quality expected of them or they had a high risk of bias. As a result, making definitive conclusions is difficult. More research is needed on this young field of study and, in the meantime, patients should discuss this topic with their doctors and consider it an option to improve outcomes after surgery.

-As reported in the September'14 issue of Physiotherapy