Acetaminophen not very effective for low back pain or osteoarthritis 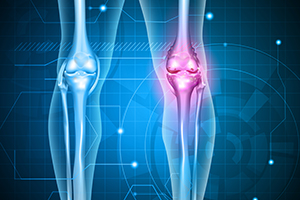 Prescription of pain-relieving drugs often the first line of treatment

Low back pain (LBP) and hip and knee osteoarthritis (OA), a painful condition in which the protective cartilage in joints wears away, are some of the leading causes of disability worldwide. There are a number of treatments available for these conditions, but doctors usually recommend pain-relieving drugs like acetaminophen as the first line of treatment. Though guidelines support these recommendations, there has been some controversy recently regarding how effective these drugs actually are and if it’s completely safe to use them in their full dose. In addition, new research has emerged that may have the potential to change these guidelines. For these reasons a new, powerful systematic review was conducted on all available literature on the topic.

Eight major medical databases were searched for any studies that compared acetaminophen with a placebo (drug with no therapeutic effect) for treating LBP or OA of the hip or knee. Of the 4,037 studies screened, 116 were evaluated and 13 met the criteria for inclusion. All studies were randomized-controlled trials (RCTs), which provide strong evidence, and they assessed 5,366 patients in total. Most studies used the maximum dose of 4,000 mg/day recommended by guidelines, while two used 3,000 mg/day as the maximum dose.

-As reported in the February ’15 issue of BMJ