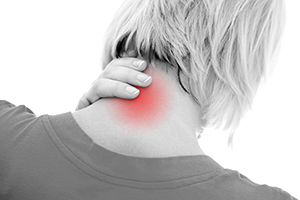 Mechanical neck pain, which means the source of the pain is in the spine or the structures that surround it, is one of the most common types of neck pain. Manual therapy, in which a physical therapist applies pressure with their hands to mobilize or manipulate joints, is often recommended for mechanical neck pain. This can be applied to the neck region of the spine (cervical) or the middle of the spine (thoracic), and there is evidence to support both, but there may also be some side effects from treatment. To investigate these treatments in greater detail, a powerful study called a randomized-controlled trial (RCT) was conducted that compared two types of thoracic manipulation techniques.

Patients randomly assigned to one of three groups

Patients with mechanical neck pain for at least three months were recruited, and 48 were accepted. These patients were randomly divided into either the single-level thoracic manipulation (STM), the multiple-level thoracic manipulation (MTM) or the control group. STM and MTM are two types of manual therapy, and the only difference is STM is performed at one level of the spine, while MTM is performed at multiple levels. With patients lying on their stomach, physical therapists applied pressure to either one or multiple levels of their spine until a cracking sound was heard. In the control group, no actual treatment was used. After one session, all patients were assessed for pain, disability and neck range of motion (ROM) one day and one week later.

Both groups improve significantly, but more side effects found with MTM

Patients treated with MTM and STM experienced significant improvements in pain and disability after one manual therapy session compared to controls. These patients also experienced improvements in ROM, but they were not as major. Overall, improvements from MTM and STM were similar in both groups; however, patients in the MTM group experienced more side effects like headaches and soreness. Based on these findings, it appears that both MTM and STM are effective for patients with mechanical neck pain for up to one week. Both treatments may therefore be helpful for these patients, but STM may be a better choice since it led to fewer side effects.