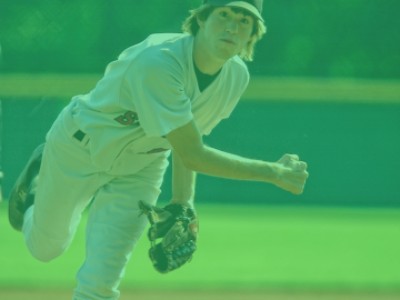 Childhood and early adolescence are crucial times of rapid change and development. When these young individuals establish healthy habits in nutrition and physical activity early in life, it increases the chances of them maintaining these behaviors later on and developing optimal physical literacy. Physical literacy is the ability, confidence and desire to be physically active for life, and it's considered essential for lifelong health and fitness. In addition, keeping healthy habits and strong health literacy will reduce the risk for injuries in this younger population, which means more time being able to stay active and less on the sidelines. For this reason, researchers are now becoming more interested in what factors can improve physical literacy and reduce injury risk in children and adolescents, and two recent studies investigated this topic from different angles.

Questionnaires and a study review are used to investigate the topic

In the first study, a web-based questionnaire was emailed to 340 athletes at 15 high schools during the autumn and spring semesters. The questionnaire contained background questions regarding variables like age, gender and sports participation, followed by more detailed questions about sleep, nutrition, stress, self-esteem and injuries. The results from these questionnaires were then analyzed in an attempt to make conclusions on which of these behaviors were associated with a reduced injury risk.

In the other study, researchers performed a search of two medical databases for studies on physical literacy in young athletes and the role of resistance training in preventing injuries. Resistance training is essentially any type of physical exercise in which some type of resistance-such as dumbbells, elastic bands or bodyweight-are used to build muscle strength. The findings from each of these studies were then reviewed and compared to determine if resistance training was effective for reducing the risk for injuries in younger athletes.

Results of the first study revealed several important observations about young athletes. Most significant was the fact that the recommended intake of fruits was not met by 20% of young athletes, intake of vegetables not met by 39% of athletes and fish in 43% of athletes. The recommended amount of sleep was also not obtained by 19% of these athletes during the autumn semester. Further analysis of these findings showed that athletes who slept more than eight hours on weekday nights and achieved the recommended nutrition intake during the autumn semester reduced their odds of sustaining a new injury during the spring semester.

In the other study, resistance training was found to be effective for reducing the risk for injury by up to 68%. Resistance training was also associated with improved sports performance and health measures, and helped young athletes develop better physical literacy. Based on the findings of these two studies, it appears that the most effective ways to reduce the risk for injury in children and adolescents are by getting enough sleep, maintaining a healthy diet and participating in resistance training. Parents, coaches and athletic trainers should therefore urge young athletes to adopt these types of behaviors, and physical therapists can also play a major role by teaching them resistance training exercises that will build muscle and regulate injury risk in this vulnerable population.